Hall of Reincarnation and NPCs

When exploring the Nightmare Realm, Elle sometimes will encounter various travelers who got trapped in there. If you happen to rescue them, they will express their gratitude by assisting Elle back in the Reincarnation Hall and help her become stronger by providing some of their services, but of course at a small price. (Note: the Reincarnation Hall and NPCs were not included in the beta demo version of the game)

First things first, each time you die you will wake up in the Hall of Reincarnation where you can interact with the NPCs and prepare for the next run. Soul Shards are the main currency for buying the upgrades here. Rumor says that the green shade in these transparent crystals is actually the wandering consciousness of the nightmare itself. In this side of the world, it is only by gathering enough consciousness that the physical form of dreams can be changed drastically. So the more shards you gather in the Nightmare Realm, the better upgrades you can have in the Hall of Reincarnation.

But remember each time you enter the Nightmare Realm, the consciousness in these soul crystals may disappear entirely, and it will lose its value. So make sure that you spend it all before going for another dungeon run.

Now let us introduce to you some of the NPCs that you can encounter during your adventure.

Back in the real world, Barbara is famous for refining all kinds of elixirs and magic potions. Once you rescue her, she can help with various upgrade options for Elixir's capacity and more.

1. Increase the number of Elixir uses

2. Increase MP/HP capacity of  the Elixir

3. Increase the effect of healing items

4. Open the ability to add Blinks after using Elixir

5. Start to drop food items during the run, food can restore HP

6. Have a merchant appear before the boss battle

The Vault of Souls run by the stingy Stein provides Gold and Soul Shard related services. As long as Elle has enough Soul Shards, she can upgrade her efficiency to gain even more Gold and Soul Shards. One time investment, life-long benefit, as the banker so oftenly declares himself. 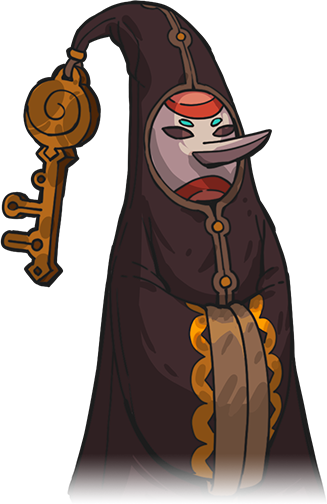 1. Increase the amount of gold coins that Elle can earn in the Nightmare Realm

2. When defeated, Elle can keep some gold coins as a safe deposit

3. Allow Elle to keep a certain amount of soul shards when coming back to Hall of Reincarnation

4. Increase the number of soul shards gained after defeating a boss

5. Additional drops are generated after defeating some elite enemies

6. Learn the ability to sell weapons and relics that are not needed during the run

This guy doesn't talk much, but he is sure the master of his craft. With his help Elle can use soul shards to research new weapon enhancements and get better equipment in the Nightmare Realm. 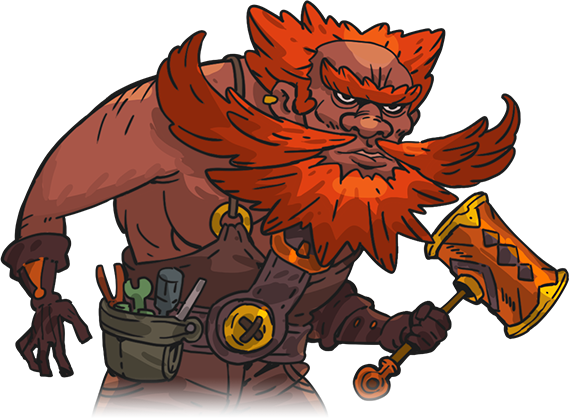 1. Upon entering the Nightmare Realm, Elle will have more initial weapon options

2. There will be a higher chance to get a better quality initial weapon at the beginning

3. Increase the chance of getting rare weapon drops in the Nightmare Realm

4. Carry a dream key when entering the Nightmare Realm

Amanda's Emporium is cramped from floor to ceiling with curious little gadgets from all corners of the realm. Grandma Amanda will tell you all about them for hours if you show any sign of interest. Here, Elle can upgrade her newly obtained items in various ways.

1. Get a starter chest upon entering the Nightmare Realm

2. Increase the number of items that Elle can carry

4. Increase the probability of encountering the black market merchant

5. Increase the overall effect of the items

6. Get a membership card for merchant discounts

7. Increase the probability of receiving an extra dream key upon getting one

That's it for today's post. Let us know what you think about the NPCs and this character progression system in the comments! We are very open to any kind of feedback and constructive.

And one more thing... don't forget to wishlist the game on steam!

No one knows what awaits you in the next room... Crown Trick!